With, by, and for Refugees

by Tyler Radford and Maria Camila Garzon-Ruiz
With, by, and for Refugees
·
This Pub is a Commentary on 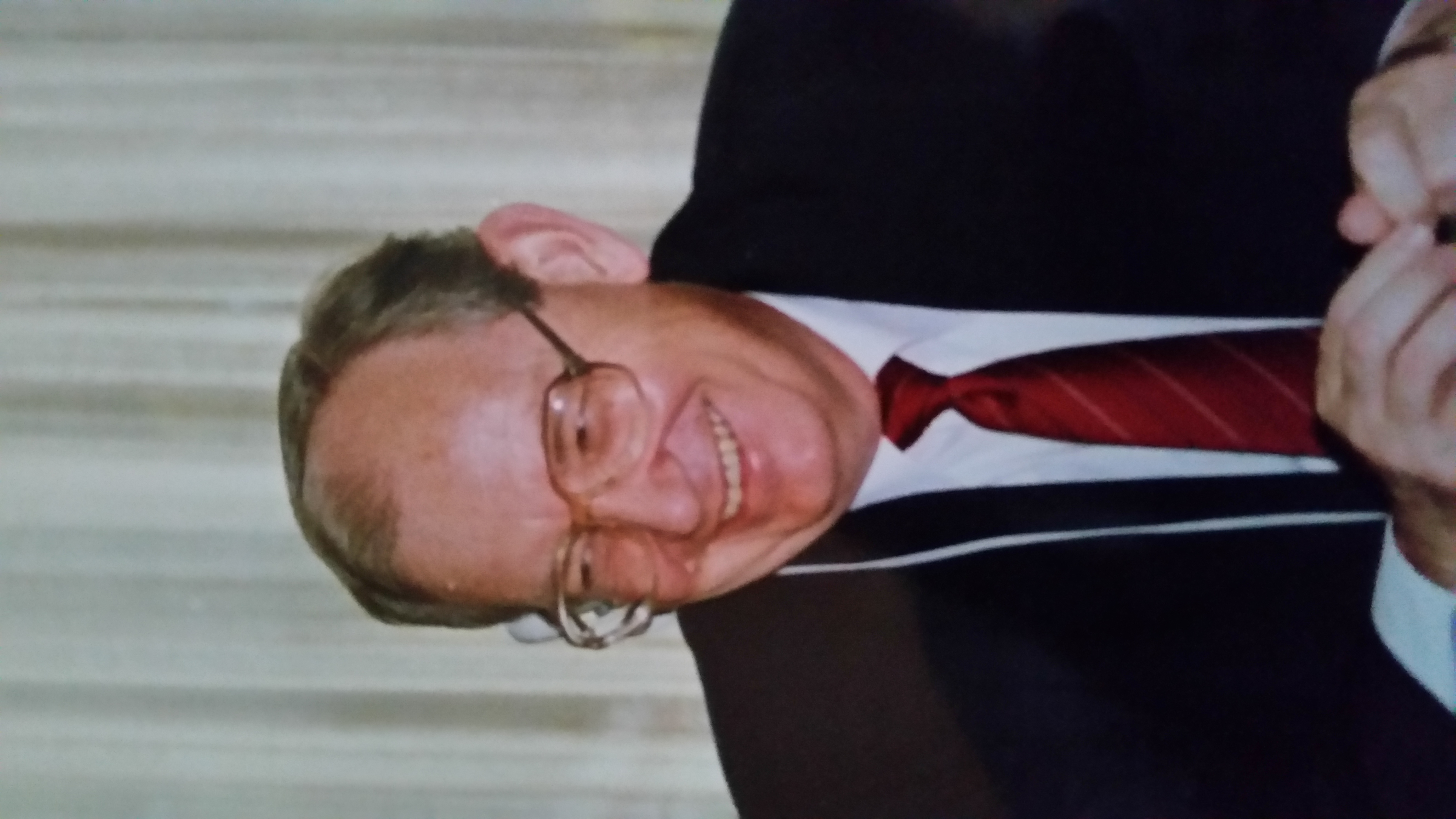 The Humanitarian Journey: From Root Causes to Recovery
by James N. Purcell

In the past 10 years, we have witnessed a massive increase in data available to inform policy-making, humanitarian interventions, and public opinion related to migration during crises. With the proliferation of mobile phones, especially smartphones, data is now available on population movement from a wide variety of sources, including call data records and mobility data from sources like Facebook’s Data for Good. Additionally, initiatives like the International Organization for Migration’s Displacement Tracking Matrix, the Internal Displacement Monitoring Centre’s Global Internal Displacement Database, and the United Nations Office for the Coordination of Humanitarian Affairs’ Humanitarian Data Exchange bring together primary and secondary data to provide insights that may lead to meaningful action.

While possible sources of insight have grown substantially, what has not changed is the importance of ground-level information to identify root causes of migration and identify emerging needs among those who have been displaced. Humanitarian agencies are still catching up to new ways to make sense of the proliferation of data sources and apply them responsibly in situations of forced displacement. Sourcing timely information during crises and ‘ground-truthing’ it responsibly has led to new questions and new challenges: Who contributes data? Who gets to own and use the resulting information? How is data stored, processed, and used in decision-making? What role do people affected by forced displacement have in sharing personal data and data about their communities with responders, and what rights and expectations do they have on accessing it, choosing what to share, and controlling its use?

Among these questions lies a not-so-surprising fact: most ‘big data’ and even small data sources compile data about people on the move, but are not created with and by them. This presents complex ethical, privacy, and protection considerations. What’s more, it’s a massive missed opportunity: people on the move, especially survivors of forced migration, are often holders of an incredible wealth of knowledge that the humanitarian system has not yet determined how to leverage. Rather than passive beneficiaries of aid, if implemented responsibly, people affected by displacement can serve as invaluable providers of data for everything ranging from reasons for migration, location of resettlement, current needs, and available services or lack thereof. The system needs to first get some basics right, such as responsible consent for data capture, processing, and sharing, and then quickly move beyond this toward building active dialogue, two-way communication, and participatory data practices that are mutually beneficial to both survivor and responder.

At the peak of the Uganda refugee crisis in 2017, the Bidibidi refugee settlement was the world’s largest, making up an area twice the size of Paris and with a population similar to Orlando or Pittsburgh. Thousands of people per day crossed the border from South Sudan and were assigned plots of land 50 meters square upon which to settle and build temporary shelters (Specht, 2020). Given the high mobility of refugees, the distribution and size of settlements like Bidibidi change constantly and the need for standardized accessible information to make timely informed decisions about where services need to be planned and built is crucial. Incredibly, given the size of Bidibidi, in 2017 it appeared as no more than a single dot on most digital maps, leaving a massive gap in knowledge of needs and basic services (water, sanitation, etc.) even among the world’s foremost response agencies. As agencies collected their own data sets, “this data, gathered under multiple standards and partitioned by sector, could never prevent bore holes from being dug in areas full of natural wells or health centers being located too far from populations in need” (Specht, 2020, p. 220).

A new participatory approach centered refugees themselves in mapping the places in which they resettled, working hand-in-hand with host community members. Through this process, more than 550 refugees and host community members participated in creating open digital maps of some of the world’s largest refugee settlements (World Bank Trust Fund for Statistical Capacity Building, 2020). Digital maps created by refugees themselves became part of Uganda’s official refugee response portal supported by the United Nations High Commissioner for Refugees, accessible to all response agencies. This led to not only a common operating picture, but also insight at a hyper-local level that was previously unavailable, such as which water points were functional or not, or where protection risks were high, for example latrines without nighttime lighting. Refugees themselves contributed via their own smartphones to the story of what was lacking, what was needed, by whom, and where, beginning to slowly shift perceptions of refugees as passive recipients of aid to active, mission-critical informants of the response that could help hold the system accountable.

As information increasingly becomes part and parcel of aid, access to information and two-way communication between people affected by displacement and organizations that serve them is vital. In Bidibidi, use of open, participatory data-sharing platforms (in this case OpenStreetMap, a free and open map of the world co-created by millions of contributors) put critical insight into the hands of humanitarian agencies while leaving data ownership in the hands of those contributing data. Contributors to OpenStreetMap own their contributions, and along with adding places and services in their community to the world map, they are also the decision makers on when not to map, and can remove and change their contributions. Open mapping is a concrete way to operationalize commitments on accountability to affected people that go well beyond a tick-the-box exercise to provide benefit to people and relief agencies alike. Since the project in Bidibidi, similar open-mapping initiatives have taken place in Dzaleka Refugee Camp in Malawi and mapped cross-border migration routes in Colombia and the Uganda-DRC border.

Ensuring affected people have access to timely information during crisis (‘info as aid’) is increasingly recognized as a human right and detailed in Harvard Humanitarian Initiative’s Signal Code. Global NGOs are now adopting and operationalizing some of these principles. Projects such as International Rescue Committee’s (IRC) Signpost focus on bidirectional communication with those in need by putting timely, relevant data in the hands of populations on the move. The refugee.info platform, a precursor to Signpost developed by IRC and Mercy Corps, was used by Syrian refugees arriving in Greece, often with little more than a mobile phone to provide information on available services along their route.

Moving forward, the real challenge for the humanitarian and data science communities is not a shortage of data, but a shortage of timely insight sourced directly from people most affected by crisis. This will mean reinventing ways of working to treat survivors of forced migration as equal partners in sharing critical information. There are many options to operationalize better forms of locally relevant communication, information sharing, and feedback systems. Regardless of the approach taken, the potential goes beyond the bare minimum of meeting moral and ethical requirements to provide information to affected people. It is also ‘good for business’; by developing methods of bidirectional data sharing and communication, humanitarian agencies can become more informed and effective, be increasingly held accountable by survivors, and produce better outcomes both for affected communities and those that serve them.

Tyler Radford and Maria Camila Garzon-Ruiz have no financial or non-financial disclosures to share for this article.

©2022 Tyler Radford and Maria Camila Garzon-Ruiz. This article is licensed under a Creative Commons Attribution (CC BY 4.0) International license, except where otherwise indicated with respect to particular material included in the article.

1 of 2
Another Commentary on The Humanitarian Journey: From Root Causes to Recovery
America’s Renewed Commitment to Addressing the Global Refugee Crisis
by Anne-Marie Grey
License