The Keys to the White House: Forecast for 2020

by Allan Lichtman
The Keys to the White House: Forecast for 2020
·

The Keys to the White House is a historical-based index system for predicting the results of American presidential elections that has been successful since 1984. The Keys system gauges the strength and performance of the party holding the White House. If six or more Keys turn against the White House party, they are predicted losers. With seven negative keys lined up against him, the Keys predict that Donald Trump will become the first president since George H. W. Bush in 1992 to lose a reelection bid.

1. The Big Picture of a Consequential Election

Both Republicans and Democrats agree that 2020 is the most consequential presidential election in decades, with Donald Trump and Joe Biden posing radically different visions for the American future. This work presents a unique model for explaining and predicting the outcome of presidential contests, including 2020. The Keys to the White House model is not based on a regression equation. It does not use horse-race polls or presidential approval ratings. It does not focus primarily on economic trends. Instead, the Keys are 13 simple true/false questions, based on the insight that presidential elections are votes up or down on the broadly defined strength and performance of the party holding the White House. That is, governing, not campaigning, counts in electing or reelecting the American president.

The Keys gauge the big picture of a president’s record, such as midterm election results, internal nomination contests, third-party challenges, the short- and long-term economy, policy change, social unrest, scandal, and foreign and military failures and successes. Only two Keys relate to the candidates, asking whether the incumbent or challenging party candidate is a once-in-a-generation broadly inspirational, charismatic figure. Unlike most academic models, the questions that comprise the Keys model are simple and easy for anyone to understand and even use on their own. It makes for a good interview or commentary, and anyone can weigh in with their own ideas.

2. An Unprecedented Reversal of Fortune

In late 2019, with the presidential election less than a year away, President Donald Trump was likely cruising to a second term in office, according to my Keys to the White House model. Then, a few months later, everything changed when two national crises converged on America: the COVID-19 pandemic and nationwide protests against racial injustice. These extraordinary events and President Trump’s feckless response have put his reelection in jeopardy, according to the Keys. Not since the Keys were first applied to presidential elections in 1860 (retrospectively), has such a dramatic reversal of fortune on the system occurred in just a few months.

The currently grim reelection prospect for President Trump is the verdict of a historically based prediction system that I developed in 1981 through collaboration with Vladimir Keilis-Borok, one of the world’s leading mathematicians. We based our Keys to the White House model on the retrospective study of all American presidential elections from 1860 to 1980. The same model has since then successfully predicted the results of all nine American presidential elections from 1984 to 2016, often years in advance of the election and in defiance of the polls and the pundits (Keilis-Borok & Lichtman, 1981).

The Keys indicated that George H. W. Bush was a ‘shoo-in’ for election in 1988 when he trailed his Democratic opponent Michael Dukakis by 17 points in the polls. In 2006, the system predicted Barack Obama’s path-breaking win in 2008, and in 2010, Obama’s reelection in the very difficult-to-call 2012 contest. The verdict of the Keys remained unchanged even after Obama’s disastrous performance in the first presidential debate and movement in the polls that favored his Republican opponent Mitt Romney. In 2016, the Keys anticipated Donald Trump’s seemingly improbable election. This prediction came before FBI director James Comey announced that he had reopened the investigation of Democratic candidate Hillary Clinton’s email use, which FiveThirtyEight’s Nate Silver, among other poll-driven conventional thinkers, said “probably cost Clinton the election” (Lichtman, 2020; Silver, 2017).

The Keys include no polling data, but are based on the big picture of how well the party in power and the country are faring prior to an election. In addition, the Keys do not presume that voters are driven by economic concerns alone. Voters are less narrowly focused and more sophisticated than that; they decide presidential elections based on a wide-ranging assessment of the performance of incumbent parties. The factors that go into their decision making are reflected in one or more Keys. Thus, the Keys specify precisely which factors decide a presidential election in any given year and provide a blueprint for tracking incumbent-party prospects throughout a presidential term.

The Keys to the White House are based on the insight that American presidential election results are primarily referenda on the performance of the party controlling the White House, and that politics as usual by the challenging candidate will have no impact on results. Whether or not the sitting president is seeking reelection, the American electorate chooses a president according to how well the White House party has governed the nation, as measured by the consequential events and episodes of a term—economic boom and bust, foreign policy successes and failures, social unrest, scandal, and policy innovation. Nothing that a candidate says or does during a campaign, when the public discounts everything as political, changes his or her prospects at the polls. Debates, advertising, television appearances, news coverage, and campaign strategies—the usual grist for the punditry mills—count for virtually nothing on Election Day. That is why the Keys have successfully predicted election outcomes, often long before the campaign even begins and always without reference to the campaign.

Unlike most prediction systems, the Keys model relies on an index rather than a regression-based method. The Keys are 13 diagnostic questions that are stated as propositions that favor reelection of the incumbent party (Table 1). When five or fewer of these propositions are false (i.e., turned against the party holding the White House), that party wins another term in office. When six or more are false, the challenging party wins (Armstrong & Cuzan, 2006; Graefe, 2015; Lichtman 2006).

Answers to some of the questions posed in the Keys require the kind of informed evaluations that historians invariably rely on in drawing conclusions about past events. Two constraints distinguish these assessments from the ad hoc judgments offered by conventional political commentators. First, all judgment calls are made consistently across elections; the threshold standards established in the study of previous elections must be applied to future contests as well. Second, each Key has an explicit definition that is briefly summarized in Table 1 (Jones, 2007; Lichtman, 2020; Tetlock, 2017).

In 2016, I made the first modification of the Keys system since its inception in 1981. I did not change any of the keys themselves or the decision-rule that any six or more negative keys predicts the defeat of the party holding the White House. However, I have switched from predicting the popular vote winner to the Electoral College winner because of a major divergence in recent years between the two vote tallies. Virtually any Democratic candidate can now count on an extra five to six million net popular votes from the states of California and New York alone (Leip, n.d.). These votes count for nothing in the Electoral College. Within this changed political demography, there are no comparable red states in which Republicans accumulate nearly as many wasted votes. Not a single state in 2016 gave Trump even a margin of one million votes, and Trump lost the popular vote to Clinton by nearly three million votes (Lichtman, 2020, pp. 191–192).

When we first developed the Keys in 1981, the popular and Electoral College votes had not diverged since 1888. The only other time since 1860 that the two votes had diverged was in the disputed election of 1876, when violence, fraud, and corruption in the waning days of southern Reconstruction made it impossible to fairly and accurately determine the outcome in Florida, Louisiana, and South Carolina. Now the two votes have differed twice in just 16 years, in 2000 and 2016. In any close election, Democrats will win the popular vote, but not necessarily the Electoral College. That’s why it is no longer useful to predict the popular vote rather than just the winner of the presidency.

At the end of 2019, it appeared that with four Keys turned against him, Trump was still two Keys short of a predicted defeat.

By the time of this writing in August 2020, three additional Keys have turned against Trump, for a total of seven negative Keys, one more than is needed to predict his defeat.

The Trump administration has sought to spin the treaty between Israel, the United Arab Emirates, and Bahrain as a historic achievement. But the treaty has met with a collective yawn in the United States, not approaching the attention that followed the Camp David Accords during the Jimmy Carter administration. Substantively, the treaty seems to pose no binding commitments on Israel, which can end the suspension of West Bank annexations at its discretion (Benjamin & Gold, 2020). Similarly, the controversy over replacing the late justice of the Supreme Court Ruth Bader Ginsburg does not change any Keys and, therefore, has no impact on my prediction.

Unlike polls and poll compilations, the Keys indicate precisely what factors will decide who will be the next president of the United States. However, on a note of caution, there are sadly two unpredictable factors that could skew election results beyond the scope of the Keys. One is the limitation of voting by mail, an essential alternative in the midst of the pandemic. The other is a reprise of Russian intervention, which according to intelligence reports is taking place again in 2020 (Polantz, 2020).

7. Campaigning by the Keys

On a positive note, the Keys have implications for governing the country and conducting presidential campaigns. The Keys show that what counts in presidential elections is governing, as measured by the consequential events of a presidential term, not packaging, image making, or campaigning. If candidates understood how elections really worked they would avoid the kind of empty, scripted, and consultant-driven campaigns that the American people have too often endured. Instead, they would strive to conduct substantive contests for the presidency and establish the foundations for governing the country during the next four years, thereby improving the prospects for themselves or their party to win another term. Candidates should explain their vision for the next four years, specify the intended bills and executive orders of their first hundred days, and indicate the kinds of persons they would elevate to the Cabinet, the White House, and the Supreme Court.

Allan Lichtman has no financial or non-financial disclosures to share for this article.

Tetlock, P. E. (2017). Expert political judgment: How good is it? How do we know? Princeton University Press.

©2020 Allan Lichtman. This article is licensed under a Creative Commons Attribution (CC BY 4.0) International license, except where otherwise indicated with respect to particular material included in the article. 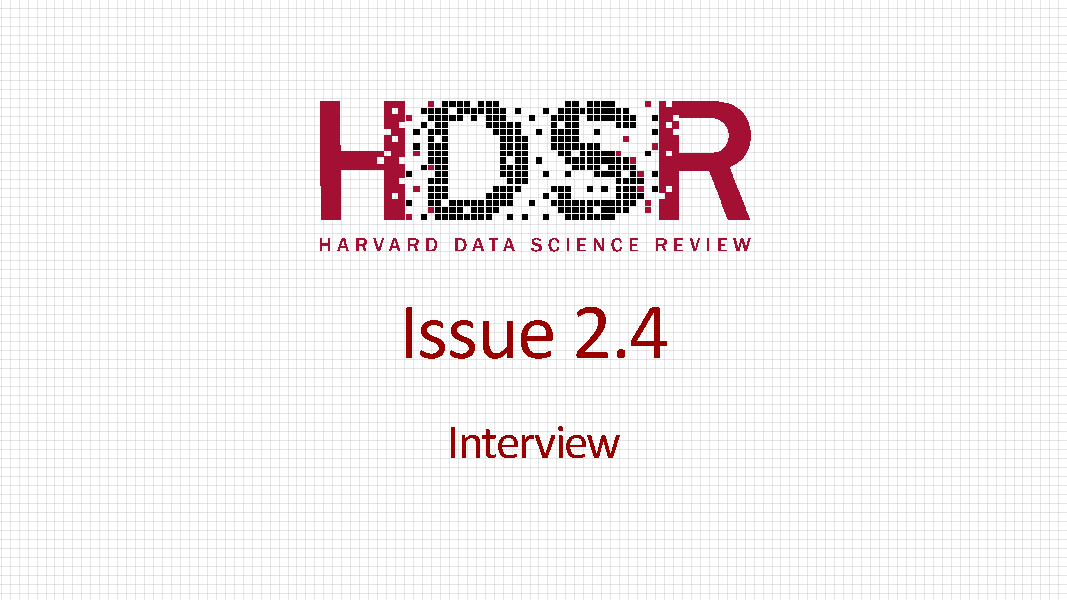 Great article. An analytical prophecy. And it came to pass!

Four more f*cking years of this a**hole. Thanks a lot for NOTHING.

Keys 5, 6,9 and 11 are seen differently than they appear to you. It was not a true recession, but an outcome of a pandemic working havoc on society. Because of the extenuating circumstances, and the immediate response to it by the government, it did not rise to the level of recession. In fact, the future economic picture is extremely positive based on GDP, the housing boom, and other entrepreneurial influences, including the rebounding stock market. With regard to scandal in the White House with the impeachment, it was not viewed by the majority as a referendum on the President, but as a political power grab without achieving proof of a criminal act. The military and foreign affairs component is seen by people as extremely successful, especially with the engagement of discussion with North Korea, the assassination of Soleimani, and the Peace Agreements with Israel. Three keys remain and the result will be retention of the White House.

Great model, and great article. However, the fear of Russian interference with our democracy, keeps me up at nights.